Exciting news yesterday that Hurry up Nurse 2 was nominated for an award. I have been really pleased with the reviews for this book so far on both Amazon UK, USA and Goodreads the book seems to be going down well. I think the most pleasing aspect to this is that I do feel I am developing as a writer and learning all the time from the experience. I am grateful to everyone who has taken the time to review both of the memoirs and I am so pleased that I put pen to paper in the first place.

Will there be more?

A number of people have requested more, and so I will consider writing a third in the series next year filling in some gaps left by the first two. I will definitely add one about my life as a midwife at a later stage too! Potentially there could be a further three (including midwifery and district nursing) – we will have to see how this develops. My love of writing is coming to life and I feel like I am living a dream that has been with me since childhood. Having always been an avid reader, I can only say how much I am enjoying writing now I have a bit more time on my hands.

I have just started to pen what will be my first novel, a self improvement book and the first book in a new children’s book series so I think I will be busy from now until Christmas! The novel is in its very earliest days but feedback from the few people I have shown the first chapter to has inspired me to continue.

After thirty-nine years as a nurse and only having time to publish one textbook and a few nursing journal articles during that time (mainly due to ongoing studying & training), I am happy to have some self help books in the pipeline. I would like to continue applying my skills and experience to helping & motivating others.

In the past I ran a youth group and taught Sunday school & helped with children’s holiday clubs. I often made up stories & wrote a couple of plays that children and youth loved. People often encouraged me to spend more time writing for kids and youth and so I am taking their advice and doing so now – albeit twenty-five years later. It was never easy juggling a stressful, full time job with all of those other activities but it was always enjoyable.

Back to the award

Going back to the award nomination. If you have read my memoir and would like to vote for it you can find it on page 6 (under memoirs) of the list here. You don’t have to register at the site but IP address will be logged so please, only vote once! There may be other books you have read which you would like to vote for in this or other categories too.

If you haven’t read this book or the first one and would like to buy any of them, you can purchase it on my website or below via Amazon. US readers need to go the the US Amazon site. There is a large print version of the first book if you prefer print books and I have included the link below. This has proved popular in libraries. There is also an audio book version of the first book available on Amazon, Audible and iTunes. There will be a large print version of book 2 available soon as well as an audio book.

If you live in the Derby area, both books are available through all of the libraries across the city, including the large print version. Both books can of course be ordered through your local bookshop too. One bookshop that stocks both books is the wonderful Scarthin Bookshop in Cromford, a bookshop heaven for both new, second-hand and antiquarian books!

What was meant to be a short announcement, turned out to be a much longer post – if you made it this far thank you. Did you know yet that Hurry up Nurse 2 has been nominated for an award!!!! 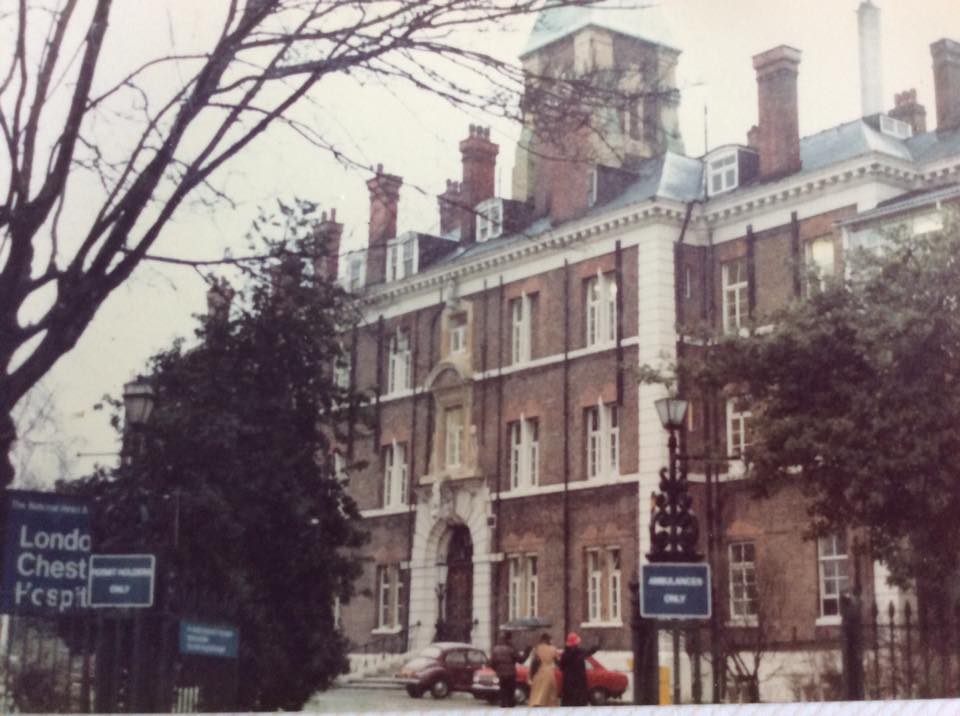 I finally finished the second book in the Hurry up Nurse series. I must admit that I enjoyed writing this one just as much as I did the first. It takes place in London and brought back wonderful memories of working at the London Chest Hospital. This post is written with fond memories and gladness that I have finished my second nursing biography but tainted by a tinge of sadness at having to say goodbye to the London Chest Hospital.

Whilst writing the book I discovered that the wonderful London Chest Hospital that has stood for over a hundred years and survived bomb damage in the Second World War has now been closed and like so many old hospitals, it is soon to become modern housing. I was pleased to see that after much campaigning by the residents in the area, that some of the older features will remain and be incorporated into the new build.

The grounds also featured one of the East End’s oldest Mulberry Trees – I believe permission was granted for its removal by the developers. The tree stood beside the chapel which was destroyed in a bombing raid in World War 2. It will be transplanted but is unlikely to survive the move, it makes you want to cry. 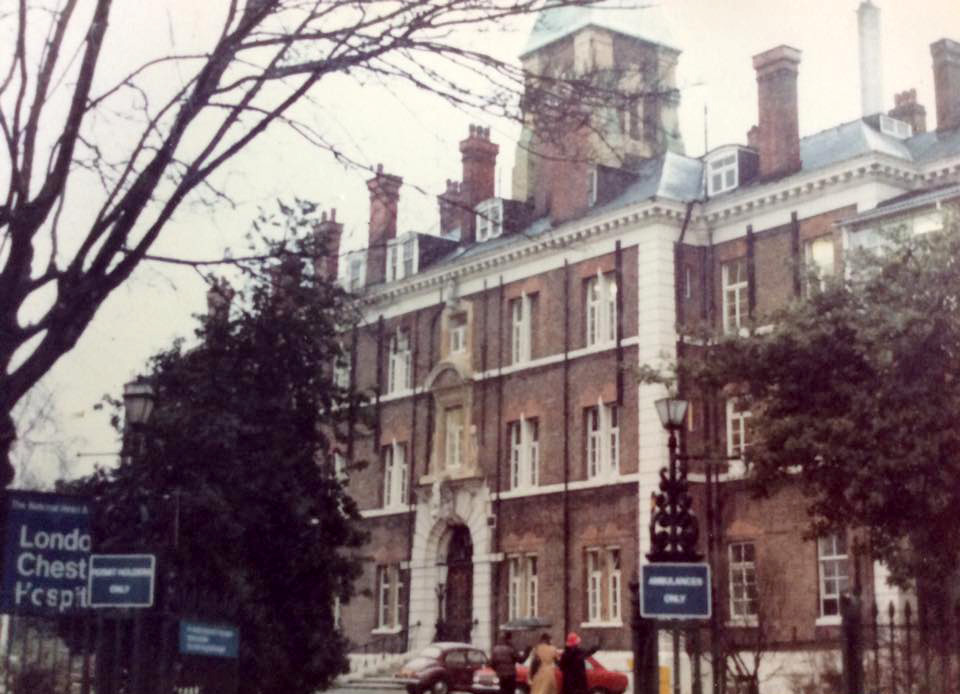 Situated in Bethnal Green, the hospital cornerstone was laid by Prince Albert in 1851 and it opened in 1855. It was principally a respiratory hospital for its first fifty years. Victorian England was rife with what was known as consumption (TB) and the hospital was a Godsend for people living in the overly populated and poverty stricken East End.

Later on heart treatments were introduced and when I worked there from 1980-1982 it was a cardio-thoracic hospital with pioneering heart surgery and cancer chemotherapy taking place. TB was still quite common and new treatments were given to patients to try to stop the spread of the disease.

My book refers to many of these treatments and my experiences of working at this wonderful hospital.

The hospital hit the headlines in 2012 when a consultant cardiologist from the hospital, who was attending the match, resuscitated the footballer Fabrice Muamba, who was subsequently admitted there.

The hospital specialised in cardio-thoracic nursing and I was there to do a post-qualifying training course which lasted a year. The course was certified by what was then, the Joint Board of Clinical Nursing Studies or JBCNS for short. JBCNS validated and certified post-qualification training until 1984 when it was disbanded.

In the early 1980s medicine was advancing at a rate as cancer chemotherapy and cardiac surgery were developing. London hospitals were often at the forefront of new treatments and this was certainly my experience.

HIV & AIDs were yet to come, first emerging in the USA in 1981. Although scientists believe the disease was present in humans much earlier – I didn’t come across the disease until the mis 1980s after I had left the London Chest Hospital. 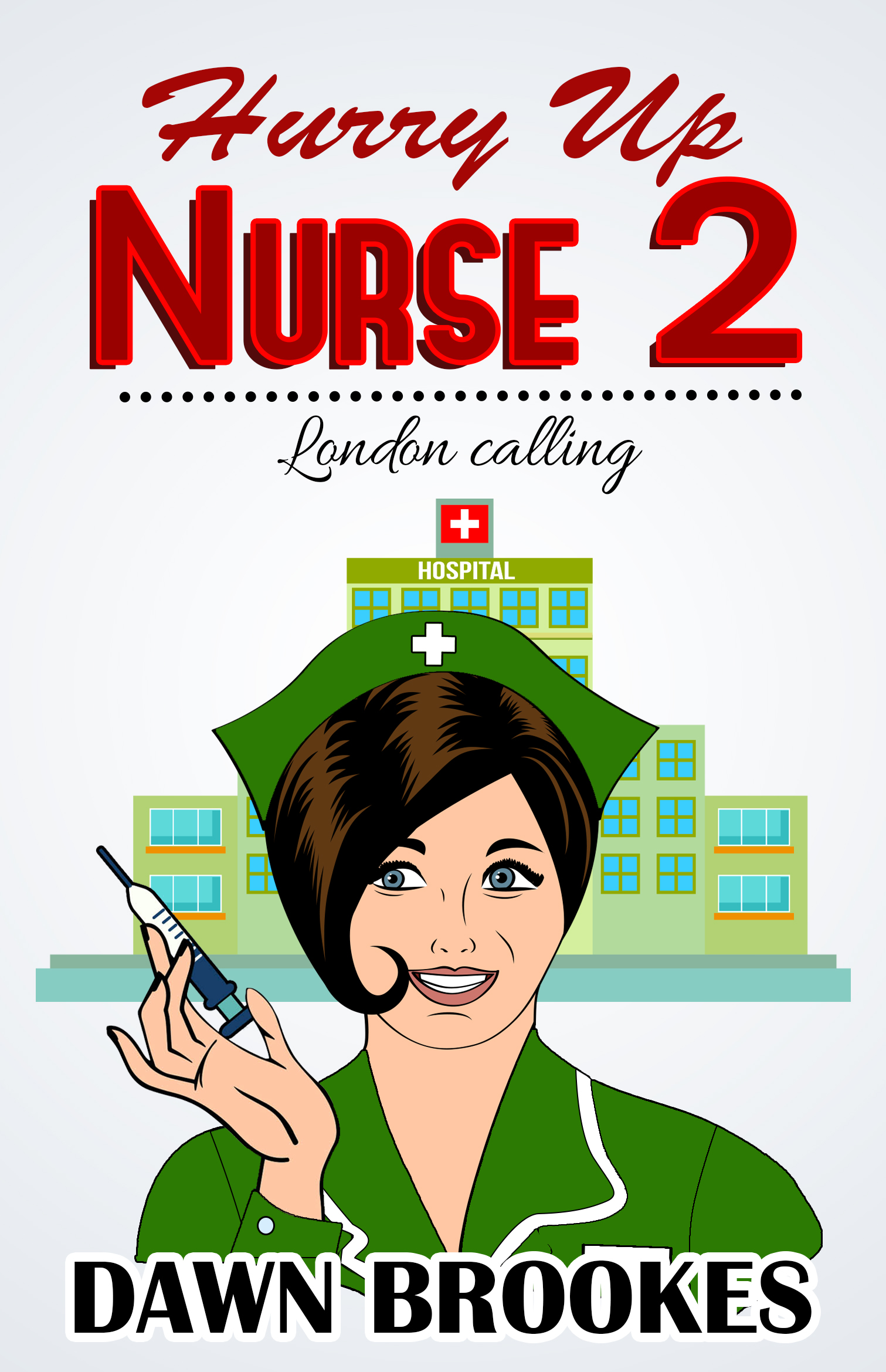 A nurse’s account of working at the London Chest Hospital

So it is with sadness that I say goodbye to my beloved London Chest Hospital but I hope that this memoir and others will help to keep its legacy alive. I wish the Bethnal Green campaigners every success with protecting as much of this historic building and its grounds as possible.